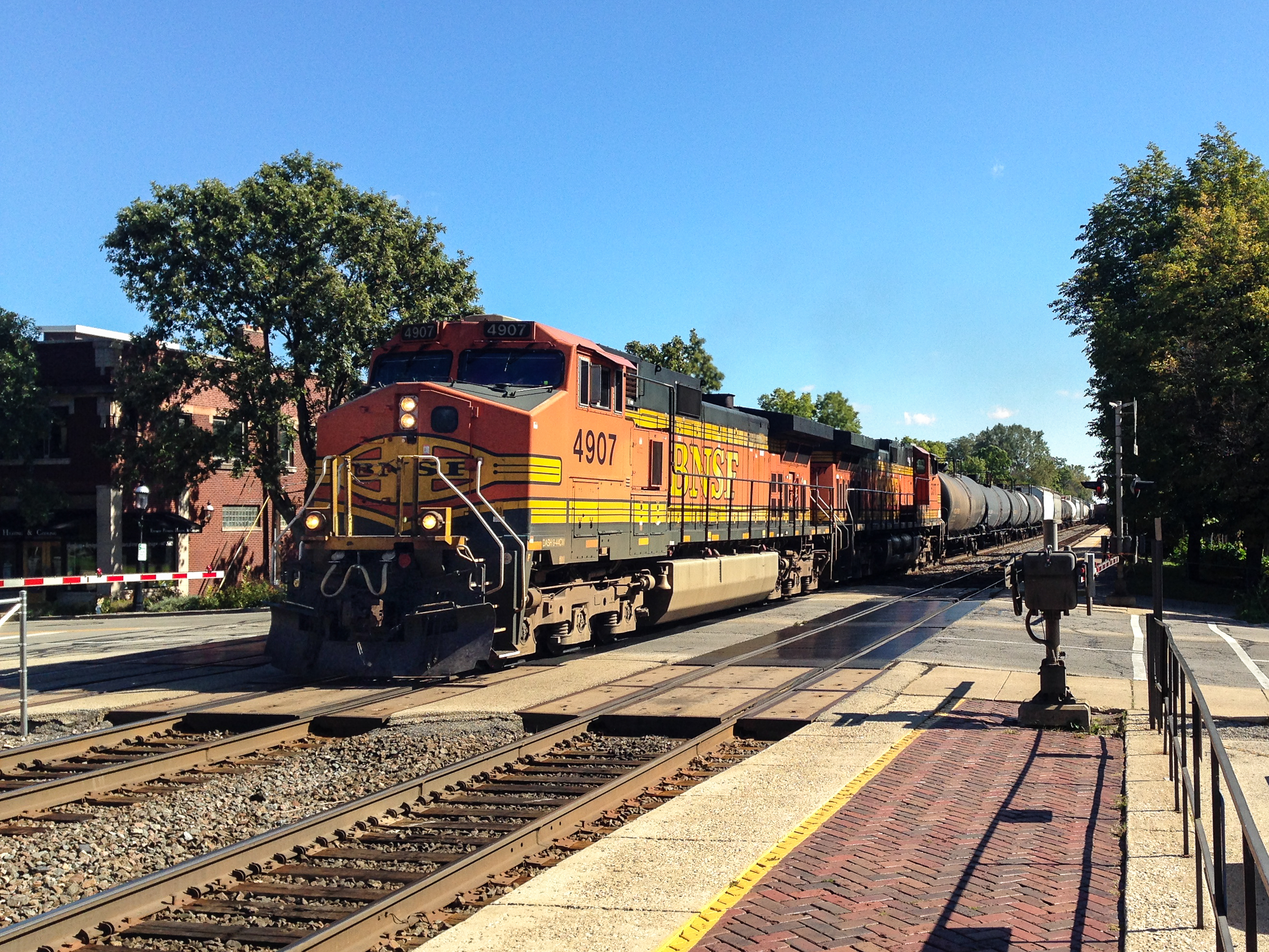 No trip to Chicago is complete without grabbing at least a couple of travel and train pictures. As we walked back to the car Saturday night after attending the Chicago Symphony Orchestra and Chorus we passed by the beginning of Route 66. We’ll be back there in the car before too long I hope winding up a full Mother Road trip.

After attending church with the kids on Sunday we walked into downtown Oak Park for breakfast. As we walked back to the car I saw an idling freight a few blocks down the street. While Carla and Henriët headed back to the car, the boys (Andrew, Jurgen, and I) strolled down to grab a picture.

On the last day of our September trip to Chicagoland I went over to the Riverside train station which in on the BNSF mainline, but a little west of the main yard I think. . I spent an hour or two while Carla, Henriët, and Jurgen went for a walk around town. This was the best train watching day I’ve had in months; too bad I only had my iPhone with me. But viewing the trains and getting a few pics was fine.

Inbound BNSF coal train – first of two in an hour

Inbound BNSF coal train – second of two in an hour