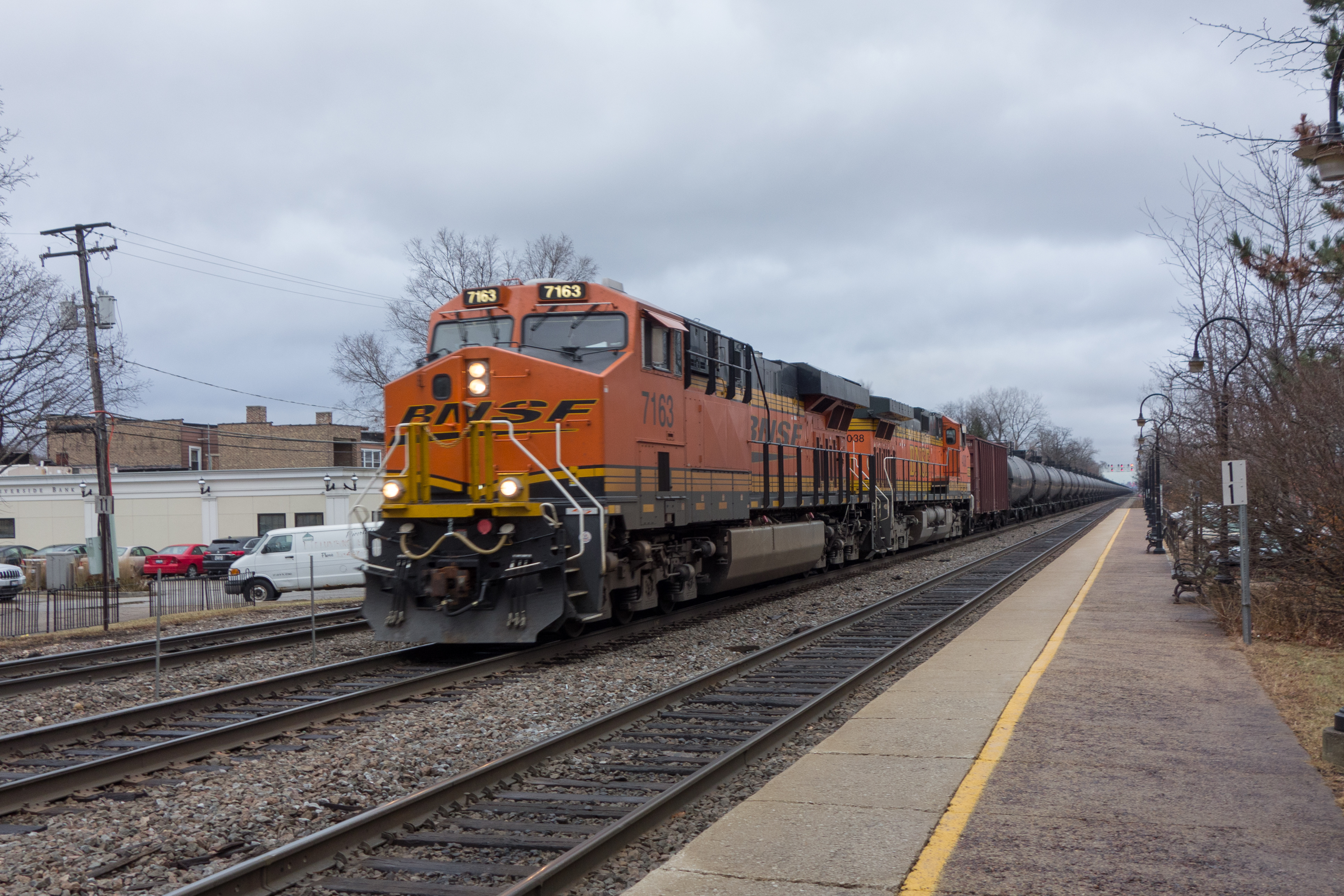 The biggest benefit of retirement is the ability to take extended vacations. Our grandson Jurgen just turned six months old; but he lives in North Riverside, Illinois. We took the opportunity to visit the family for a couple of weeks. We packed our largest suitcases because we needed to bring a lot of warm clothes!

We arrived Monday December 15 about 5:00 PM; Andrew picked us up at the airport and by the time we got home Jurgen was down for the night so we wouldn’t get to play until the morning. When he got up Henriët took the opportunity to take a nap while Carla and I hung out with him. He took a little time to warm up to us but we got a few big smiles out of him after a while.

The weather was 40˚, cloudy and a bit windy: in other words the best weather we were likely to get for a walk. So we bundled Jurgen up and headed into downtown Riverside.

Jurgen bundled up for a walk

As it got colder Henriët bundled him up even more warmly in his suit.

It was warm enough I could work the camera controls for a minute or two at a time so naturally I stayed trackside in Riverside while Carla, Henriët, and Jurgen walked along Salt Creek.

As the coal train passed a high priority westbound Z train and an outbound Metra commuter train occupied the other two tracks.

Jurgen, Henriët, and Carla returned for their sojourn and headed over to the Fiore Bakery. I stayed behind for another couple of minutes to capture a westbound oil train.

I was cold by now and dashed into the bakery with Carla and the kids. They had ordered hot chocolates and we sipped them to warmup.

Henriët, Carla and Jurgen at Fiore bakery in Riverside, IL

Jurgen and Henriët at Fiore bakery in Riverside, IL

The wind died down a bit on the walk home so we were a bit warmer. Jurgen had an appointment with the pediatrician so we stayed at home while Henriët and he headed out to meet Andrew for the appointment. Jurgen will likely be on a bit of bummer since he has to get some vaccinations.

The only way the day could have been better was if Andrew was there. The good news is he has next week off so the five us will get to chillax together for Christmas.