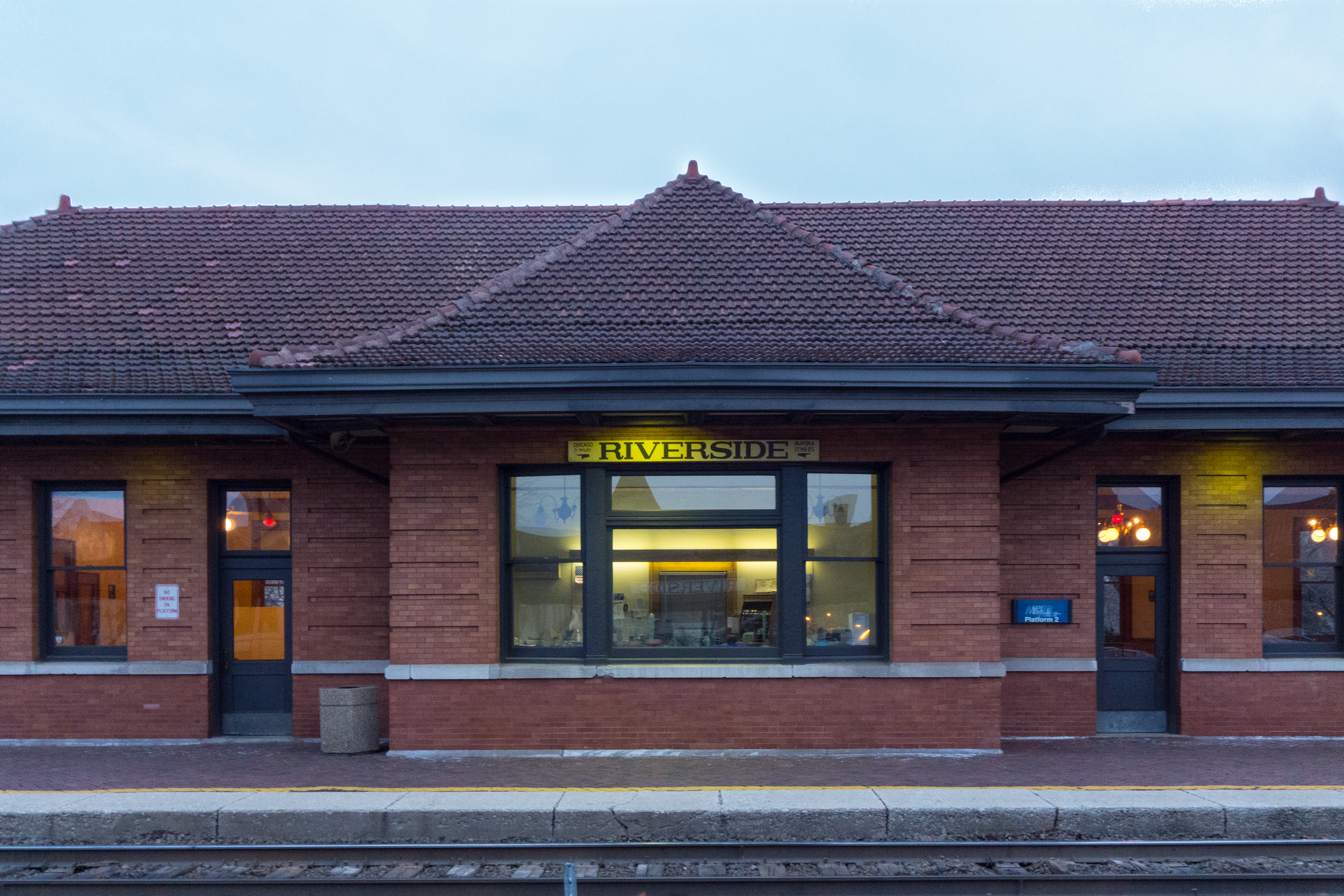 You are thinking “more trains? Oh please, please no!” When we visit the Southwest we almost always stop in at La Posada hotel in Winslow, Arizona – a mere 1,590 miles away on the very same rail line just 3/4 of a mile from Andrew and Henriët’s house.

The BNSF trans-continental (Transcon) rail line terminates at the Cicero rail yard which lies just a couple of miles east of Riverside and there is lots of coming and going.

The weather has been relatively mild – lower 30’s with light winds and no precipitation. Picture taking trackside is easy and yields some nice views so I just had to get over there.

Because this is the Transcon you are likely to see more than just BNSF motive power. There is plenty of other roads’ power to see. Amtrak and Metra use the lines for passenger traffic while Norfolk Southern and Canadian National are common freight carriers (if my experience holds over time). Here’s a picture where four different rail lines are represented

Four roads represented in this Chicago inbound at Riverside, IL

I don’t know if BNSF is leasing the power from the other railroads or if those roads have trackage rights. I’ve seen quite a few oil trains coming and going.

Here an oil train and an Amtrak eastbound pass one another

Metra passes every 30 minutes each way between Chicago and Aurora

Container trains are another common site here. I think the Cicero yard is a big intermodal transfer point.

I even saw a small Union Pacific train today.

There are overhead signals about every mile or so. By looking up or down the line you can can an idea when something is coming. If a track has a red light looking down one end of the line a green on the other you know something will be coming by in a few minutes.

Overhead train signals as far as the camera can see

Sunday night was slow but I was rewarded for my patience as the sun was going down along with the temperature. Citirail locomotive headed into Cicero yard.

Last pic of the day. Citirail inbound on the BNSF Transcon at Riverside, IL