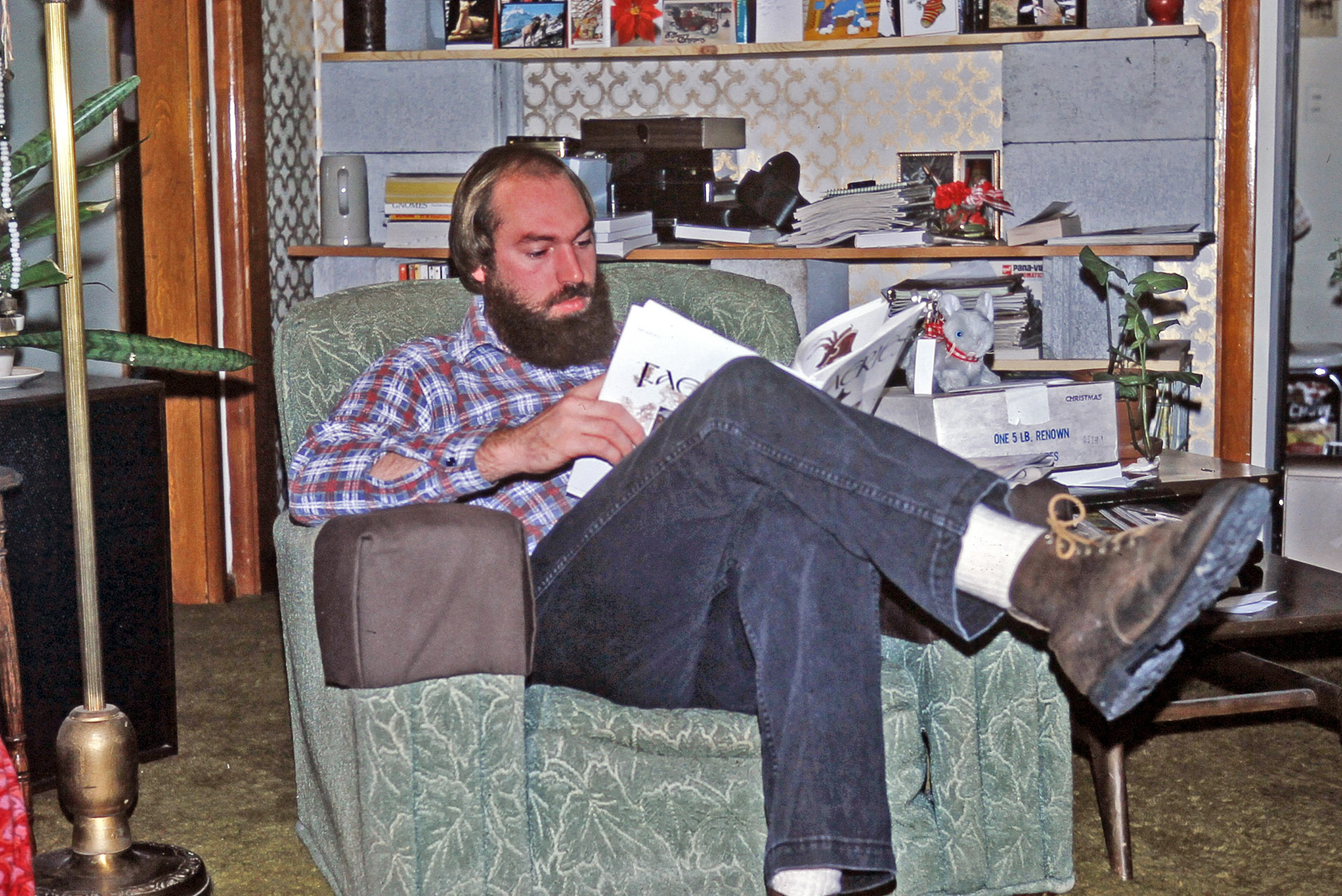 In the early 1970’s Craig was the pitcher for The Rural Raiders – our slow-pitch softball team in Caldwell Idaho. As his battery mate behind the plate, I appreciated his steady, unflappable presence on the mound. Craig was as skilled, quiet and understated as I was inept, loud and clownish. Between the two of us we were a couple of average players. As an accurate pitcher, Craig allowed our defense to shade left or right as needed.

Our team was a group of college students playing in a league of working men. In the small town 1970’s Idaho town there was a definite divide between “town” and “gown”. Some teams – like Presba Garage Door – didn’t like playing against the long hair students in the first place; and they especially didn’t like losing to us.

Many members of the opposing teams  couldn’t figure out why he was playing with us. Craig was a bridge between the two sides. He grew up in Caldwell and attended the College of Idaho. Not only were we students, we were long hair transplants from California. The college recruited well in California and attracted students from Southern and Northern California. We were sure we would bring our sophisticated city ways to rural Idaho; however, we quickly discovered that we were fish out of water. Most of us realized we made a mistake and started to plot  transfers to other schools. But then we met Craig. Tim recalls that his calm, confident, and capable manner became a leading, steadying influence. On the weekends different groups of friends would pile into his 1950’s panel van and head out to Jump Creek or Succor Creek in the Owyhee mountains. Through his tutelage we became lovers of the desert wonders. Craig was one of the influences that kept us in the Northwest either physically or in spirit.

Craig got his nickname at the close of a softball season. We had a team enchilada dinner capped with a mock award presentation. We came up with nicknames for most of the players. Craig’s nickname was perfect; we still refer to him “The Chief” over 40 years later. If I recall correctly his moniker was inspired by the quiet, strong character in “One Flew Over the Cuckoo’s Nest”. Like the Chief in the novel Craig was quiet and reserved; but when he was ready to take action he did it decisively.

The Chief was old school before old school was cool. He loved his old trucks and always found a way to tinker with them regardless of circumstances. If he needed to work on his 1930’s era International Harvester pick up in December where he didn’t have a garage, he’d simply start up a bonfire close enough to keep him warm. Craig’s house out at Route 3 was a hangout for our group. After the bars closed the night before graduation we gathered at his place listening to his fantastic sound system and playing poker – a typical hang. His house was surrounded by corn fields. On more than a few summer evenings we’d pull some fresh corn off the stalks and have them along with “guac tacs”  cooked on his wood stove. We celebrated the Bicentennial July 4 in style at his house where he set up a concert sized sound system at the back of the house to serenade the fields.

In 1977 Carla and I moved to Oregon where I attended library school. Unfortunately, we couldn’t take Molly, our black lab. Craig was happy to take care of her for the year where she could be company for Fred B. Shepherd. At that time Craig drove a semi-truck for a living. One trip brought him close to Eugene so he stopped in for the weekend. We drove over to Florence for a day at the beach where we collected intact sand dollars. After we moved up to Portland he dropped in for another visit and got to meet our oldest son who was about 2 at the time.

By the mid-1980s Craig was a journeyman plumber at the University of Idaho. Distance and the day-to-day work of raising kids and pursuing careers pried us away from our old college crowd. But I’ve seen him a few times over the years. Now our chief has passed away. He approached death as he did everything else in life. Unlike the night he decided to try to outrun a police car on an old section road, Craig didn’t choose this last journey. But like that night he determined his path and followed it with strength and conviction.

7 thoughts on “The Chief”